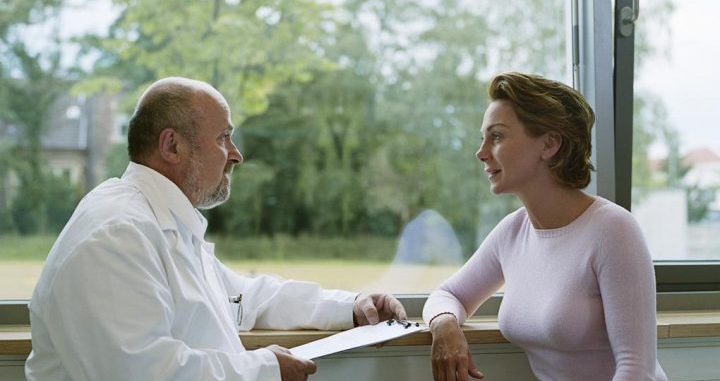 Colon Cancer is the third most common cancer in men after lung and prostate cancer according to the reports from the National Cancer Institute. The reports also find it to be the fourth most common cancer in women after lung, breast and cervical cancer. The symptoms are normally very minimal in the earlier stages of the disease but as it progresses, the symptoms become more obvious and evident. Since the symptoms do not present themselves until the cancer is severe, it’s imperative that one religiously goes for screening. This will also enhance chances of survival because research shows 90% of the cases are curable in the early stages of the cancer.

So what are the early warning signs and symptoms that everybody should be on the lookout for? Some people have higher chances of getting this disease — for instance — those with family history of the disease. It is therefore very important to know the signs and symptoms of colon cancer to help in the earlier detection of the disease and embark on treatment as soon as possible.

Rectal bleeding or bleeding from the bottom without obvious reasons can be a sign of colon cancer. In some cases the stool may be red or dark and with a tarry texture. This can be as a result of bleeding in the gastrointestinal tract and the hemorrhoids shouldn’t be assumed .Rectal bleeding in most cases may be hidden and would manifest itself in form of Iron Deficiency Anemia which can cause fatigue, loss of breath and weakness. Soreness, itchiness, straining, stool coated with mucus and also lumps are also part of the warning signs. As much as the bleeding can be triggered by other factors, it’s paramount that a rectal examination is done preferably a colonoscopy or sigmoidoscopy just to rule out other factors.

A persistent change in bowel movements can also indicate colon cancer. Constipation or change in stool consistency for instance experiencing looser stools and going more often into the toilet for several weeks can be a pointer that you need to seek a doctor’s opinion. If one can confirm with all certainty that the changes are not as a result of diet then it just might be the disease. If severe it can be accompanied by abdominal pain (due to the major perforations made in the bowel by the tumor), increased flatulence and also bloating. As the tumor grows larger, it causes blockage of the colon completely or partially resulting into constipation, sensation of incomplete evacuation after a bowel movement and also nausea and vomiting. The feeling can be very uncomfortable hence one should consult the health care provider as soon as they notice all these symptoms.

Unusual weight loss and tiredness can easily be associated with any other common factors. However, this cannot be overlooked because it just may as well be as a result of colon cancer. There is also loss of appetite accompanying it and abdominal distention whereby the belly sticks out more than it did before without any weight gain. One should go to the professionals for a proper diagnosis. As much as knowing that you have colon cancer can be such a burden, its much safer to go for testing earlier enough to avoid the cancer being detected at later stages. Early detection will not only save you much pain but also cut on the expenses and one can easily bounce back to normal after treatment.

Modern technology has brought major improvement on the diagnosis. It’s now way comfortable and less painful when taking the tests and therefore individuals should not be afraid of the tests. Inasmuch as colon cancer is more common in individuals above 50 years, it can affect people of all ages. Never feel too young for the disease and if you are concerned about the symptoms, consult you physician. Do not be afraid to seek second medical opinion if still in doubt.