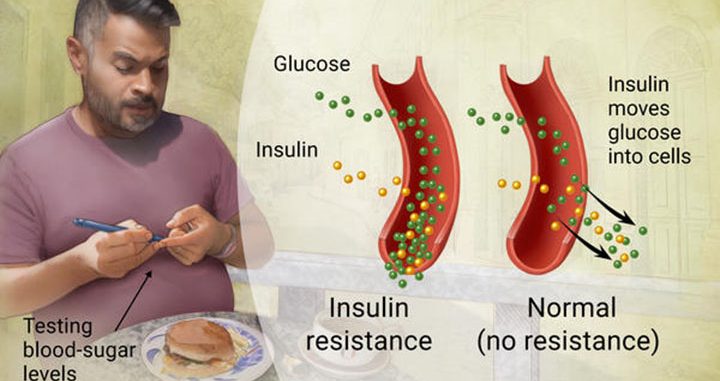 Diabetes encompasses several diseases that result from physiological problems in association with the production of insulin. According to the Center for Diseases Control (CDC), up to 95% of diabetics in the US have Type 2 Diabetes. While you don’t need to be overweight, obese, or lack physical activity to get Type 2 Diabetes, these are the most common causes of the disease. Read on to find out the causes and symptoms of Type 2 Diabetes along with the risk factors that make you more predisposed to developing the condition.

The Physiology of Type 2 Diabetes

A healthy pancreas produces insulin, releases it into the blood, and triggers your cells to absorb the glucose from the food you consume. Diabetes occurs when the pancreas produces very little to no insulin or becomes insulin resistant. Insulin resistance is a condition in which the cells in your body fail to respond to insulin as they should. If you have type 2 diabetes, your body will either produce insulin insufficiently or fail to respond to it properly.

With insufficient insulin or insulin resistance, glucose starts to build up in the bloodstream while the cells starve. As diabetes causes an increase in blood glucose, it can cause havoc with other organs in the body that do not function well with elevated blood sugar levels. Not to mention that your cells will lack energy, meaning that they will not function as they normally would. Most Type 2 Diabetes symptoms will manifest when blood sugar levels elevate. Elevated blood sugar levels will result in more fluid passing through the kidneys, making you urinate more than usual. Over time, your tissues get dehydrated, resulting in feelings of extreme thirst. With glucose being the main source of energy for bodily tissues, insulin resistance results in you feeling tired even without having done any strenuous tasks.

In the short term, high blood sugar may result in eye swelling and blurred vision. If you experience vision problems, have your blood sugar checked and treated promptly to prevent long-term damage. One of the more common symptoms of high blood glucose is wounds and cuts that take too long to heal.

The Role of Insulin in Type 2 Diabetes

To understand the role of insulin in diabetes, it is imperative to learn how your body transforms food into energy. The millions of cells in your body make use of the food you consume after it is broken down. The most common form of this is a simple sugar called “glucose.” Food enters the bloodstream as glucose and is then transported throughout to be used as energy.

Too much sugar in your blood will become toxic while the pancreas periodically releases insulin to regulate glucose levels. The higher the levels of glucose in the blood, the more insulin the pancreas releases for the cells to absorb the excess sugar. The cells absorb the surplus sugar and return the blood to an optimum concentration.

Your body will send you signals to eat to prevent your blood glucose levels from dropping too low (hypoglycemia). Your body will also release some glucose usually stored in the liver to try to increase your blood sugar levels. Additionally, it will signal the pancreas to cut down on insulin production to cease the release of glucose.

However, if you have diabetes, your cells will typically either not understand the insulin messages. Or the volume of insulin won’t be enough for all the sugar in your blood resulting in high blood sugar. You have diabetes if your blood glucose concentration’s equal to or greater than 126 mg per deciliter after an overnight fast. You’re also a diabetic with a non-fasting level equal to or higher than 200 mg per deciliter along with symptoms like increased hunger, thirst, and frequent urination.

Type 2 Diabetes is thought to have strong genetic linkages, so you may be more susceptible to developing the syndrome if it runs in your family. There are currently several ongoing studies seeking to determine the type of genes linked to diabetes.

Obesity, a sedentary lifestyle, too much alcohol, high triglyceride levels, hypertension, and intake of foods high in carbs and fat are the leading causes of diabetes. If any of this sounds familiar, it is especially vital for you to consult with a doctor.

Asian-Americans, Hispanic-Americans, Native Americans, and African-Americans are more susceptible to develop Type 2 Diabetes. Lastly, with increasing age also comes an increasing risk of type 2 diabetes. If you are 45 and older, your risk of diabetes is considerably higher. And it continues to go up exponentially when you are past 65.