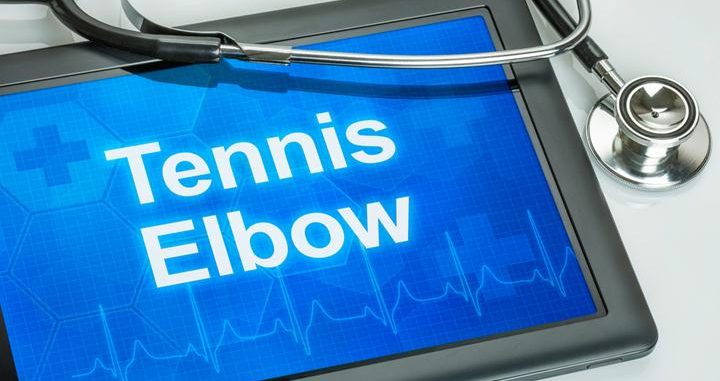 Tennis elbow is a common condition characterized by pain in or around the elbow. Overuse of the lower arm causes stress in the arm structure, leading to inflammation. Although treatment is scarce, by practicing good self care it is possible to relieve the symptoms of tennis elbow given time. Gaining an understanding of tennis elbow will help improve your ability to provide adequate treatment. Here are nine terms you should know regarding tennis elbow and arm structure.

Golfer’s elbow is a condition similar to tennis elbow. Both conditions are named for sports that require a repeated motion largely centered in the elbow, but any sort of activity that requires a similar movement can cause them. The characteristic difference is that the pain of tennis elbow occurs on the outside of the elbow, while golfer’s elbow affects the inside.

The lateral epicondyle is a small nodule on the lower end of the humerus (upper arm bone).

The ECRB is the main tendon in the lower arm. It attaches to the lateral epicondyle. When your arm is held straight from shoulder to hand, the wrist is braced by the ECRB. The motions that lead to tennis elbow often require overuse of the ECRB. Because of its placement and because of overuse, it gets worn out and is largely responsible for tennis elbow.

When tendonitis becomes chronic it is called “tendonosis.” Tendonitis is an inflammation of the tendon leading to pain, especially during movement. Tendonosis is also denotative of a tendon injury that does not have inflammation. Because this inflammation is not generally present in tennis elbow, it is a type of tendonosis.

While tennis elbow is generally a repetitive strain injury, it can also occur for no known reason. When lateral epicondylitis occurs without an obviously diagnosable reason, it is considered an “insidious” injury, meaning it has no discernable cause.

While time, rest, and specific physical therapy exercises are generally the best courses of treatment for the pain caused by tennis elbow, laser therapy has also been shown to be efficacious in the short term. Although the exact reason for the success of low-level laser therapy is still questionable, essentially the focused beams of light used stimulate the cells to promote healing.

Other means of managing tennis elbow include the use of orthotics, or devices designed to be applied externally to help with healing. Counterforce orthosis uses what looks like an upper arm bracelet to reduce stretching of muscles and tendons in the lower arm. Wrist extensor orthosis uses a wrist brace to provide extra support and reduce strain by keeping the wrist in a specific position.