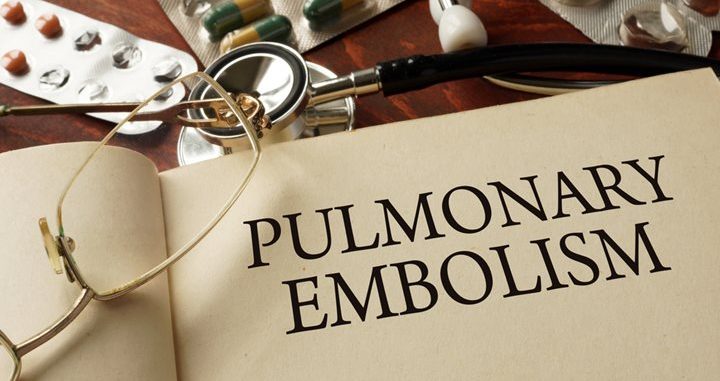 When a pulmonary artery is blocked, the ability of one or both lungs to give oxygen to the blood is greatly reduced. Since oxygen is necessary for the survival of all tissues in the human body, pulmonary embolism can be fatal. However, with prompt treatment, many patients make full recoveries.

Pulmonary embolism occurs when a blood clot travels through the bloodstream to the right side of the heart. Once there, the clot is pumped into the pulmonary circulation, and if the clot is sufficiently large, it becomes wedged in one of the lung’s arteries. This type of blockage partially or totally blocks blood flow through the affected area.

In addition to the primary symptoms, some patients experience one or more of the following: leg pain or swelling, clammy or bluish skin, excessive sweating, rapid heartbeat, or dizziness. These symptoms arise from the body’s inability to obtain enough oxygen.

Luckily, advancements in medical science and technology have generated many effective treatments for pulmonary embolism. The first line of defense for less serious cases is medications that thin the blood. A special type of drug called a thrombolytic is also given. Thrombolytics dissolve blood clots.

For very large clots, a minimally invasive surgical technique called catheter-directed thrombolysis has improved the recovery rate of individuals with a severe pulmonary embolism. This method involves inserting a catheter into a vein and directing it to the location of the clot. The clot can then be broken into smaller pieces, treated directly with thrombolytic, or even completely removed.

Since pulmonary embolism is potentially fatal, seek treatment immediately if you experience sudden shortness of breath and severe chest pain.