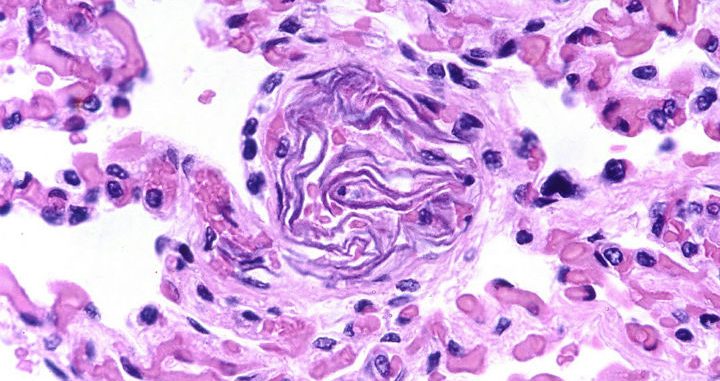 When something breaks loose into the bloodstream and travels around, it’s called an embolus. When the embolus comes to a place too small for it to pass through, it creates a blockage called an embolism. The cells on the other side can no longer receive blood flow and begin to die from lack of oxygen.

While embolisms are often caused by a thrombus, or blood clot, that breaks loose, there are other particles that can result in a problem. Here is a look at the different types of embolisms.

Once a thrombus breaks free, it becomes a thromboembolus. Deep vein thrombosis, in which a blood clot forms in the deeper veins—generally in the legs—is the most common cause of thrombus-related embolisms.

Other types of particles besides blood clots may get enmeshed in vessels. These types of embolisms can be just as dangerous as those resulting from a moving thrombus.