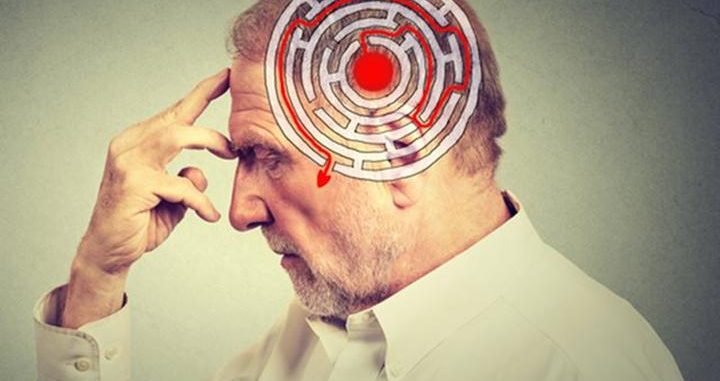 Alzheimer’s disease is a cognitive condition in which the brain’s nerve cells begin to die. This disease is most commonly associated with memory loss, but it also leads to problems with judgment and basic, day-to-day functions. Alzheimer’s does not develop quickly—instead patients begin to deteriorate slowly over a number of years. In order to accurately track the development of the disease and provide the best treatment, medical professionals have divided the progress of Alzheimer’s into seven distinct stages. Here is a look at the symptoms associated with each.

In stage 1 of Alzheimer’s, a patient will show no symptoms of the disease. While it may not seem logical to include this stage, since the disease has yet to affect cognition, medical professionals include it because the disease is technically present in the patient at this point, even if it’s not yet noticeable.

In stage 2, the cognitive decline associated with the disease begins to appear, but only in very mild ways. At this point, many patients assume their memory troubles are simply due to getting older, since they revolve around things like misplacing keys or trouble recalling names of acquaintances—both of which are common memory lapses in people aged 65 or older. There are still no symptoms associated with dementia in stage 2.

By stage 3, the symptoms of Alzheimer’s are still fairly subtle, but it is possible for people to be diagnosed with the disease at this point. In addition to forgetting names or misplacing objects, patients in stage 3 may also begin repeating themselves frequently, have difficulty performing tasks at home or on the job, have difficulty with organization, and be unable to develop new skills. By this point, most people associated with the patient will begin to realize that their memory troubles are more than just a symptom of getting older. Stage 3 may last as little as two years or as long as seven.

Patients in stage 4 can quite accurately be diagnosed as having Alzheimer’s disease. Their cognitive decline will start to affect their ability to do everyday tasks at home—such as getting dressed or preparing meals. Additionally, some patients may undergo emotional changes, such as unusual moodiness, due to the confusion that accompanies their decline. Because of these increased difficulties, patients with stage 4 Alzheimer’s may not be able to live on their own. The average length of stage 4 is about two years.

By stage 5, living alone is not a viable option for Alzheimer’s patients. As the disease progresses to this point, they will have difficulty recalling memories that should otherwise be easy to remember—their birthday, their address, the current day of the week, or weather conditions. However, this information is not completely lost. Instead, they may be able to recall it at certain times and under certain conditions but not at others.

By stage 6, patients lose the ability to perform the most basic of functions, including bathing and using the restroom. Additionally, they may begin to confuse people they see regularly—mistaking a child for a spouse, for example. However, as stage 6 progress, they will begin to forget these people entirely. In terms of personality, stage 6 marks a radical and often distressing shift. Patients typically become more afraid and angry than in earlier stages, and it becomes increasingly difficult to console them.

In the final stage, patients must be continually supervised and assisted in order to survive. Speech function gradually diminishes to the point where responses become one or two words at the most. By the end of stage 7, patients are unable to walk, stand, or sit without support, and eventually they even lose the ability to hold their head up unassisted. The average life span for patients in stage 7 is one and half years, and the most common cause of death is pneumonia.