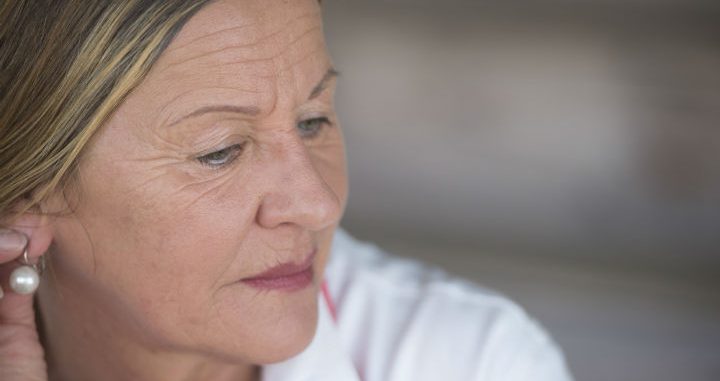 Menopause, the process of a woman’s body ceasing menstruation, is a natural event that every woman’s body goes through.  It can happen naturally or can surgically be started for a woman through the removal of her ovaries and or uterus. When it happens naturally, it usually occurs in women between the ages of 45 and 55. The cause of menopause is when a woman‘s ovaries stop making eggs. Her body starts producing fewer hormones, which causes the body to begin the stages of menopause. A woman notices the onset of menopause when her periods occur less often and then just stop. For the most part, this happens gradually over time, but every now and then it happens suddenly without warning.

Before menopause starts, a woman enters perimenopause. Perimenopause occurs when the ovaries gradually produce less estrogen. It usually starts in a woman’s 40s but it has been known to start in the 30s as well. Perimenopause lasts one to two years as a woman’s hormonal levels drop. At this stage, many women can start to experience symptoms of menopause but women are still having periods during this time and can possibly still get pregnant.

There are many symptoms or signs that indicate a woman starting menopause. Here is a list of the most common symptoms of menopause:

Menopause is considered complete when a woman has not had a period for about a year. Then the woman has entered a biological stage known as postmenopause.

Once a woman enters postmenopause, there are a few health risks she should be aware of. Osteoporosis is the most common disease that occurs in women who have gone through menopause. Osteoporosis occurs when there is bone loss, making them more fragile and likely to fracture. Estrogen plays an important role in preserving bone mass, which is why postmenopausal women who produce less of the hormone need to be careful of this. A woman can keep track of her bone mass by having routine bone density exams that measure the density of bones using the same radiation that is found in an X-ray.

Women can alleviate the most common side effects of menopause by eating a healthy diet, exercising, and taking calcium supplements to keep their bodies healthy.